Raw Goat's Milk for Your Dog: Health or Hype?

Did you know that goat’s milk, not cow milk, is the most consumed milk in the world? Recently, goat's milk has been gaining popularity in the United States-for people and pets alike. With most new fads, it’s important to do some research before jumping on the bandwagon.

Recently we have been seeing a lot of people come in who have added goat’s milk to their dog’s diet. People are using it as a supplement to help with a host of disorders including gastrointestinal disease, allergies, arthritis, and other causes of joint inflammation and cancer. Some clients have said they thought it helped their pet’s conditions, while others saw no benefit. 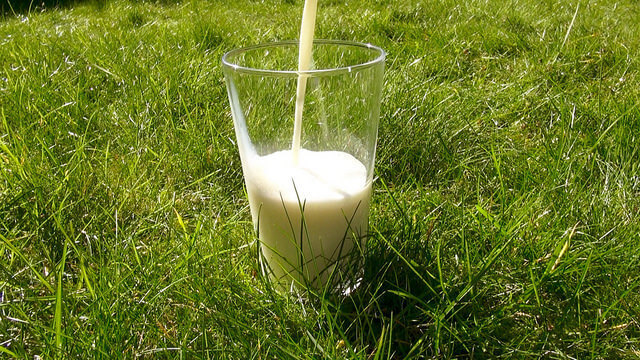 Many people believe in feeding their dog a raw food diet (read our blog about raw food diets here). A veterinary nutritionist would tell you to avoid any raw products because of pathogenic bacteria. According to the CDC (Center for Disease Control), those who consume raw milk are at risk of ingesting germs such as E. Coli, Salmonella, Listeria, Brucella, Campylobacter, and Cryptosporidium. Any time you give your pet an uncooked product, you run the risk of them ingesting a pathogen.

Proponents of goat’s milk claim that it has far superior benefits to cow’s milk. However, according to the data of the USDA, the differences are minor. An article published by the University of California Berkeley points out those minor differences. According to the article:

The Drake Center’s Stance on Goat Milk for Pets

Unfortunately, there are no objective documentations or studies on the benefits of the use of goat’s milk for dogs. Integrative medicine expert and partner at The Drake Center for Veterinary Care in Encinitas, Dr. Kathy Boehme has this to say when it comes to goat’s milk for pets:

"I don’t know if goat’s milk would hurt your pet as long as it is not fed in large enough quantities to unbalance the diet. I think it can be dangerous if it used in place of known appropriate treatments. From an Eastern medicine standpoint, there are certain patterns in pets where it could help, and there are certain patterns where it may exacerbate the existing problem."

As with most “cure-alls”, there is never a one size fits all formula when it comes to treating your pet. We do see some anecdotal evidence from some clients that adding goat’s milk to their dog’s diet has helped with certain symptoms. Our hope is that in the future, there will be studies conducted and published regarding the subject. From a medical standpoint, we caution people from delaying necessary medical care that will benefit their pet.