Dr. K's Case of the Month: Sweet but Toxic!

Max, a 10 year old male neutered Cocker Spaniel, came to see me after his owner found him eating her Melatonin medication.

The Melatonin was a strawberry chewable tablet that was sweetened with xylitol. Xylitol is an artificial sweetener used in some chewable medications, chewing gum, and diet foods. It is safe for human consumption but is toxic to dogs. On presentation, Max appeared totally normal. The owner brought the bottle of Melatonin along and xylitol was the first ingredient. Melatonin is used as a sleep-aid for people and can also cause drowsiness in dogs but is not toxic in and of itself. 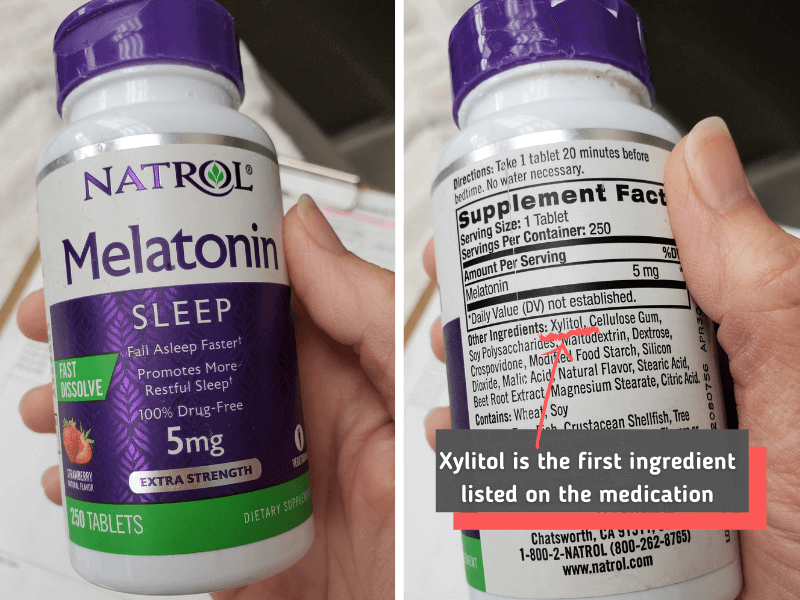 I gave Max an intravenous injection to induce vomiting. He brought up a large amount of pink-tinged fluid and some undigested tablets. It is important to decontaminate the stomach after ingesting a toxin to remove as much as possible before it enters the small intestine where it is further absorbed. Xylitol can cause an immediate drop in the dog's blood sugar (glucose) leading to lethargy, depression, and even seizures. I checked Max's blood glucose and it was just mildly low. I inserted an intravenous catheter and started him on fluid therapy to help him flush the toxins out of his blood stream. Xylitol can also lead to liver dysfunction even up to 48 hours after exposure. Max's liver enzymes were normal. I did not give him activated charcoal (Toxiban) for further decontamination because charcoal does not bind to xylitol. I continued to monitor his blood glucose several times throughout the day and it was normal each time. I offered him some canned food about an hour after he stopped vomiting and he ate it right up. I discharged him after about 8 hours of fluid therapy and told the owner to bring him back in 24 and 48 hours for repeat labwork to monitor for any changes in his liver enzymes. His bloodwork remained normal. 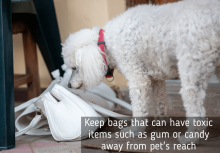 Thankfully, Max did not have any long lasting repercussions from the xylitol toxicity. It is very important to keep all medications away from dogs, especially if they are flavored or chewable. Since this ingredient is also found in chewing gum, be sure to keep this away from dogs as well. Dogs often find gum in purses placed on the floor or in cars if left unsupervised. In some cases, xylithol can be used in some peanut butters so be sure to read the labels on chewing gum, peanut butter, and avoid using products with xylitol just to be extra safe.

If your pet eats something they shouldn't have or you need to schedule an appointment, please contact us today.