Dr. K's Case of the Month: Nature Bites Back!

Duke, a 1 year old male neutered Golden Retriever, was rushed in to see me after his owner witnessed him being bitten by a rattlesnake on his front foot.

The owner and his dog were out on a trail in Encinitas during the month of July around 9am. Duke was sniffing around in the bushes near the trail's edge and quickly jumped back and yelped loudly and was immediately not bearing weight on the front right foot.  The owner then saw a medium sized rattlesnake coiled up under the bush.  He was just then starting to rattle his tail.  Duke's owner wasted no time in bringing him right to our office. On presentation, Duke was lethargic, unable to stand, in severe pain, and his right front foot was starting to swell.

I quickly placed two IV catheters, one in his front left leg and one in his back left leg.  Through one of the catheters, I administered a dose of an opioid for pain, and started IV fluids as Duke was going into shock.  Through the second IV catheter I slowly administered a bag of rattlesnake antivenom.  Once Duke was more comfortable, I shaved the right front foot to find two tiny puncture marks that were actively bleeding lightly.

When a rattlesnake bites a dog, the entry wound is tiny due to the needle-like shape of the snake's fangs.  The venom is injected quickly through the bite wounds and enters the bloodstream within seconds.  Rattlesnake venom causes extreme pain (think bee sting x 10 or more), tissue damage leading to severe inflammation, crenation (changes in shape) of the red blood cells called echinocytes, and coagulation problems (trouble clotting blood).  Rattlesnake bites are not treated the same way as a bee sting, which in some dogs can cause an anaphylactic reaction.  Dogs are not allergic to the venom rather it is the venom itself that causes the damage.  Duke's blood pressure and other vital signs were closely monitored during the administration of the antivenom.  He responded well to the treatment but his foot continued to swell and I measured the circumference of the foot hourly to assess for progression.  I also checked a complete blood cell count to make sure his platelets were not dropping too low.  The platelets are responsible for clotting the blood in the body.  Rattlesnake venom directly affects the platelets' ability to clot the blood leading to further bleeding at the bite wound and potentially elsewhere in the body (this is how a rattlesnake kills its prey).  Duke's platelets were low but not dangerously so.  Duke's foot continued to swell and then began to ooze a clear yellow serum from between the swollen toes.  Even though his foot looked angry, snake bite wounds rarely get infected.  The snake's fangs are so thin and sharp that they do not tend to introduce bacteria to the wound.  Duke needed repeated doses of opioids to control his pain and I kept him on IV fluids for several hours.

As closing time neared, Duke was still needing in-patient care so I transferred him to a nearby overnight clinic for further monitoring and treatment.  Duke was feeling much better by the following day and was discharged to his family.  I rechecked Duke 5 days later and was so happy to see that he was walking normally and his foot had completely healed. 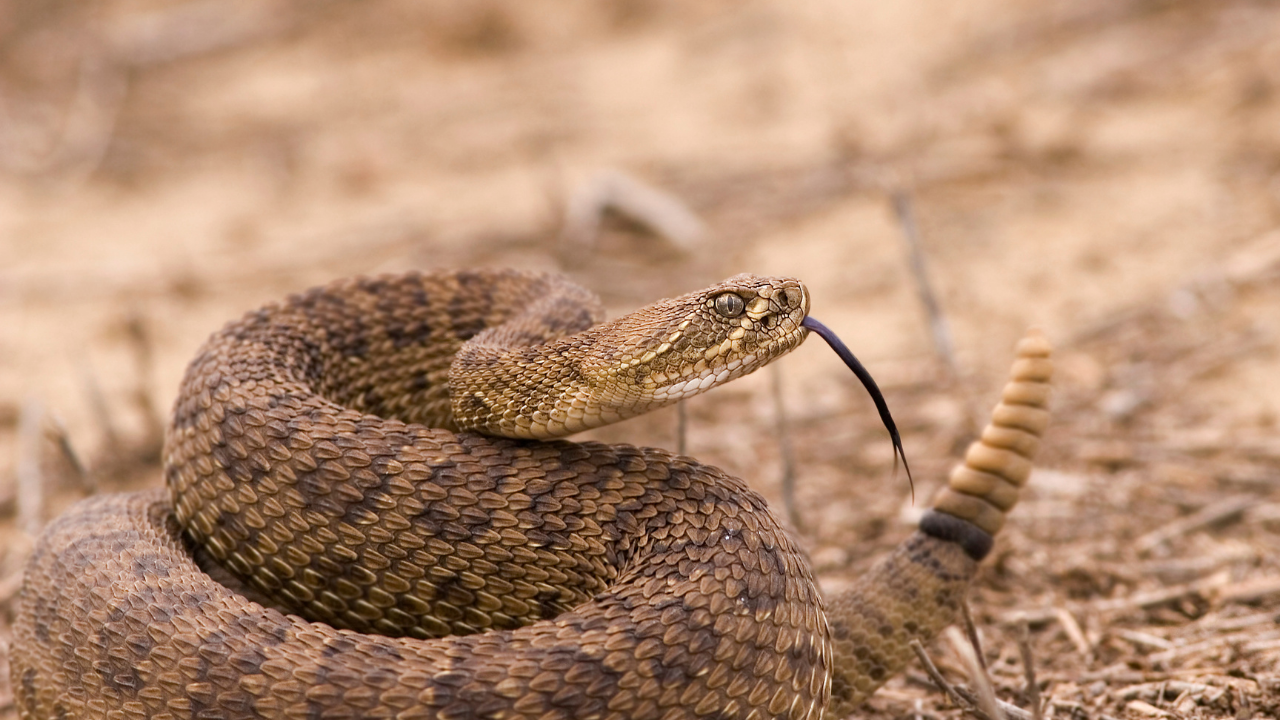 Rattlesnakes are active in our area during the warmer summer months but are not overly aggressive animals.  They just want to be left alone but will bite if stepped on or provoked.  If you find a venomous snake in your yard, be sure to bring your pets indoors immediately and call the fire department to come and remove it.  If your pet is bitten by a rattlesnake, he/she needs emergency veterinary care. If you need to schedule your pet's next appointment, contact us here.

Located in Encinitas, CA, The Drake Center for Veterinary Care is an AAHA-accredited animal hospital. The Drake Center takes pride in being a leading source of information for all pet owners across the country however if you have any questions regarding pet care and do not live in Encinitas, CA or surrounding cities, we encourage you to contact your local veterinarian.